OUR MISSION
OUR PHILOSOPHY
EXPERIENCE
OUR MISSION

With over 30 years of professional positive reinforcement training experience.

My mission is to teach you how to have the dog you want and not just put up with the behaviors you don't like. If you can't train your dog then let me do it for you.

First Do No Harm!

There is never a need for prong collars or shock collars or jerking on the leash to get your dog’s attention. We want the dog to enjoy training and not be afraid of you or the environment. We use a kind and gentle technique that has demonstrated as being very effective!

We have created several lesson plans that are absolutely pain free for the dog and the owner. We believe in the power of communication between the dog parent and the dog. Effective communication will establish an unbreakable bond and provide you with a loyal and well-mannered dog. If we set the dogs up for success then success will be yours!

Way back in the early 90’s I got a German Shepherd. This is before I had internet. So I called all the dog trainers in town and found an all-German Shepherd trainer. Little did I know then that the recommended choke collars and prong collars they had us use would be so ineffectual.

When I finally had a computer and internet, I researched dog training methods. I went to dog workshops hosted by reputable positive reinforcement trainers. I read everything I could on the internet. I was inundated with emails from all the dog training email lists I was subscribed to.

I then started over with my now 2-year-old GSD. It was like flipping a switch! The change in my dogs’ attitude and willingness to engage was amazing. While the rest of the dog training community thought Clicker training was a fad, I embraced it and developed a wonderful working dog. (I was a closet clicker trainer for a few years until they saw with their own eyes what my dog could do.) I then spread my knowledge by taking on other dogs and their people. I joined The Apple Valley Dog Training Club and was elected the secretary.

That’s when Compatible Companions started. My business was primarily private lessons at people’s houses, with some classes in parks or rented buildings.

I finally got a license through the state of WA in 1996 for my business when I worked as a contractor for another dog training business. I was approached by PetSmart to set up their dog training in the new building. (I have some of the old polaroid’s on my FB page, at least the ones when the camera had film, wasn’t broken, wasn’t in use somewhere else and nobody stole the picture.)

When my mom got sick with cancer, I moved to Salem Oregon. There I did a lot of private lessons but also worked 40hrs a week at a surgeon’s office.

We later moved near Portland, OR in Hillsboro. I worked at Petco as the Sr. Dog Trainer Mentor for 5+ years. That was fun, I had a great time there with the employees and my clients. But alas, my husband and I decided to move to a warmer climate, hence the move to Texas.

So now I start my business all over again. I love working with people and training their dogs! 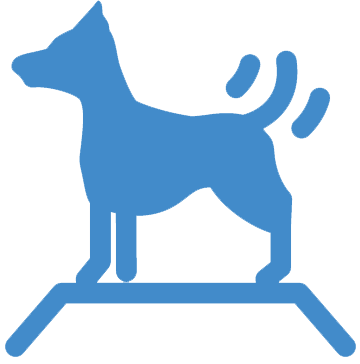 Daycare is for small dogs under 15 lbs. Pick up by 6:00 pm. We can do half-days which are up to 4 hours or full days up to 8 hours. For an extra fee, we can do training with your dog. 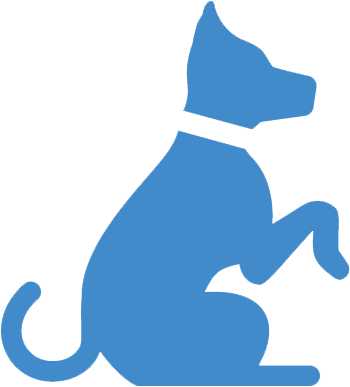 Training classes last 8 weeks. I incorporated 4 private lessons so you can get a jump-start on training without the hyper, unfocused group of dogs.

I have an open-door policy which means you can join a class already in progress and not have to wait 8 weeks for another class. You can also miss a class or two and come back the next time you can. You won’t miss any lessons!

For those with super busy schedules we offer Private Lessons at your place or mine. Once a week or every two weeks. If you need to miss a week we will continue when you are available. We have package deals that reduce the cost if pre-paid. 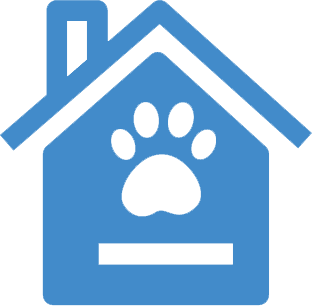 Boarding is for small dogs under 15 lbs. They are allowed on the furniture, play with our dogs and sleep in our bed (if potty trained). Treated like our own babies!

Bring a second dog for 10% off that dog and must be from the same household.

What Our Clients Say

The owner does a great job. Professional. Polite. Our dog always comes back home happy and healthy. Highly recommend. Worth the price.

Ms. Lacy kept Alfred for us for a one-night stay. She was very friendly and treated Alfred like one of her own pets. She sent me videos and pictures to keep me updated as well. Alfred had a fantastic stay and I highly recommend Ms. Lacy if you want to feel at ease while you are away. Overall a great experience. 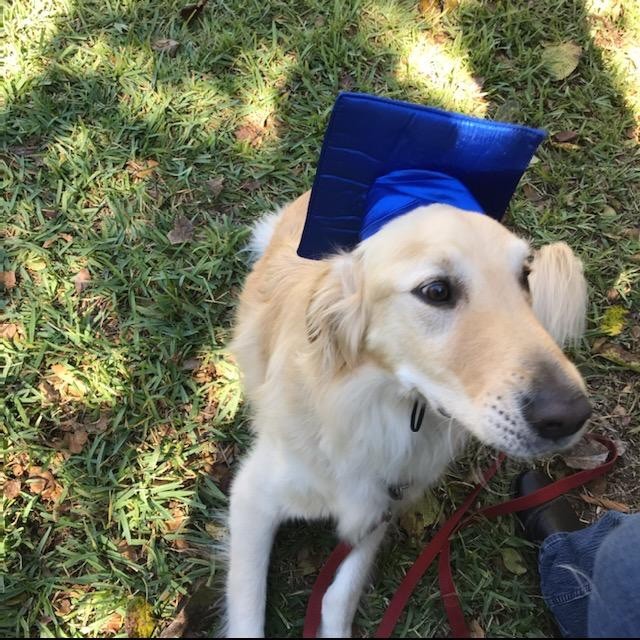 Sandy obviously loves dogs and is a master at teaching them and their owners what we need to know to continue training after the series of classes end. My 4+ year old Golden Retriever Charlie and I learned so much and we both had fun. He is now much more responsive and a delight. He loved the lessons and Sandy, too. 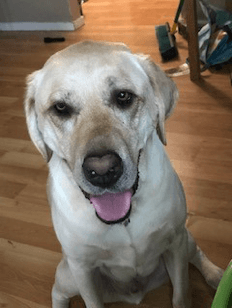 He's matured nicely and his mom, Sarah says; "he's the best dog ever!” 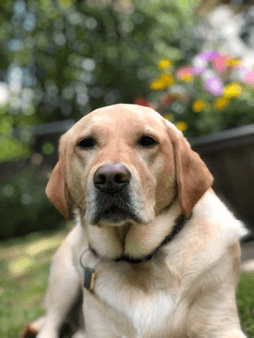 Dolly is the best behaved pet in our neighborhood. She can walk off leash and stays close to me. She is just a great, very smart pet thanks to Sandy’s great basic training. She turned a difficult puppy into the joy of our family. Now she is almost 3 years old and pure sunshine.

Kaci and Bullet have both been through classes with Sandy.
Bullet now has his Canine Good Citizen Certification! Good job!

Thank you sandy. Here she is. She learned to walk by my side on leach and with out as well. And I have learned how to make her feel safe around other dogs. I really like the training classes I took with you. You are very friendly and very knowledgeable. Thank you. I wish you the best . 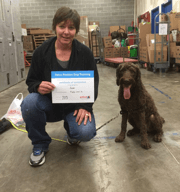 Hi Sandy, Sam is doing well. You can definitely use our picture and if you need any reference feel free to give my email. Wish you were still in Oregon, we got another doodle when we moved to Florida and I could not find a decent trainer. We recently moved back to Hillsboro and I went into Petco to sign up with you. Now I know why your name was not there. Best of luck with your new adventure!
Best wishes, Jana 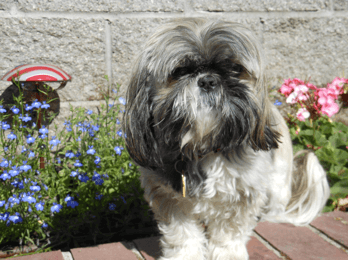 Hi Sandy! We brought Summer in for training when she was about a year old, soon after she had been chased by an off-leash, out of control "big" dog at a city park. She was terrified of all dogs and most unknown people. You worked with us in a class with smaller, younger dogs. It really helped her be more confident. She is 6 years old now, and we walk at the park nearly every day. While I don't think she will ever be outgoing with other dogs, she is no longer afraid of them. We really appreciate everything you taught us! 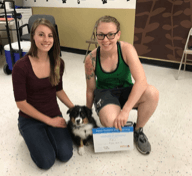 You can use our pictures from training, we don't mind. Tidus is doing well with his training at home but we need to practice a bit more outside. We bring him to the dog park to run off all his energy but he has gotten in the habit of not coming back when he is called. We will be doing more training at the dog park  🙂
Thank you for all your help during puppy level 1! 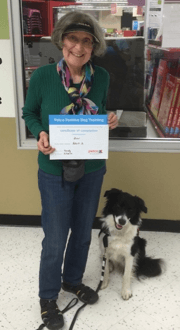 Hi Sandy! I was just thinking of you yesterday, as I brought the dogs into the groomers. I walked Zev around the store, and asked him if he remembered his classes there. How nice to hear from you! You are a great trainer of dogs and their people! You taught me a lot, and gave me some very valuable tips. Wishing you all the best - Judy 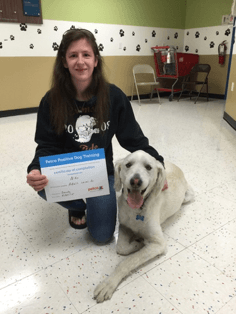 Niko and I are doing much better, all thanks to your wonderful patience and guidance. I washed my mom's dog yesterday and it was a major battle of wills. I washed Niko today and it was so much more pleasant, like night and day. Grooming and bathing him has become much more pleasant for the both of us. As of a year or so ago we finally got him to come when called much more easily. Only took a few mile stretch of beach that doesn't see much activity for me to feel comfortable letting him of leash to practice it better. Now I don't mind it as much if he wanders off while in the front yard. Thank you for helping Niko become more of a companion and less of a chore. 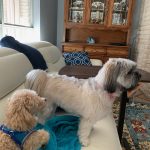 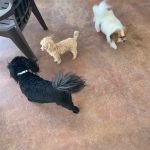 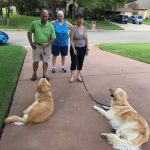 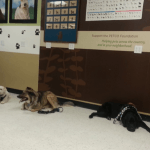 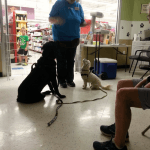 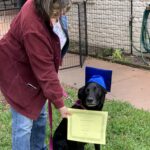 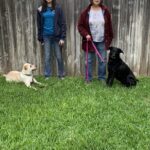 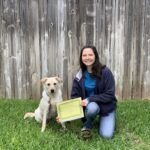 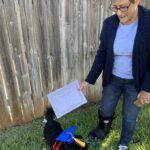 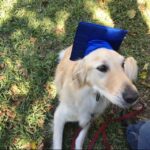 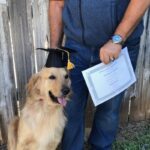 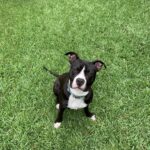 Back to School is your dog ready?

It’s been a great summer with the children home. Lots of playing, running around, and just plain FUN! What happens...

Those scary firework noises can be catastrophic to your dog. According to most pet shelters, more dogs are lost on...

Desensitizing A Dog To Being Left Alone

When it comes to desensitizing a dog to being left alone one must understand what is going on with the...

So what is the main focus of the article?  "Moving Beyond the "Leader of the Pack" explores the perceptions of...
Load More

We would love to hear from you

Thanks for your message! We’ll be in touch soon.